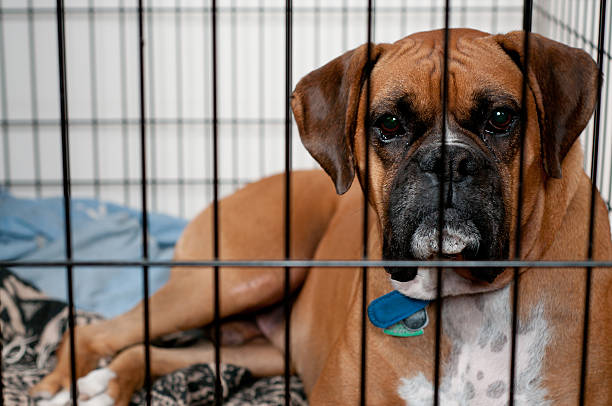 Crate training an older dog can be a bit more challenging than crate training a puppy, but it is by no means impossible. It just requires a little more patience and persistence on your part.

This article will walk you through the process of crate training an older dog, including how to choose a crate and how to prepare your dog for its use. You’ll also learn how to properly introduce the crate and make sure that your dog is comfortable with it before attempting to leave him alone in it. 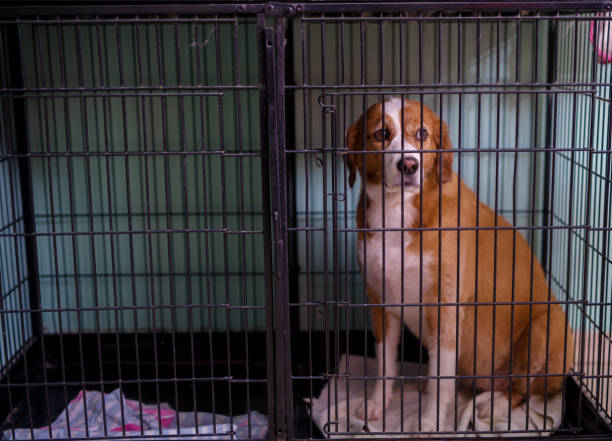 Introduce your dog to the crate

When you’re introducing your dog to the crate, it’s important to make sure that he or she feels safe and secure in the space. Start by placing the crate at a comfortable distance from people and other pets in your home. Then, gradually move it closer over time as your dog becomes more comfortable with being near it.

Once you’ve introduced your dog to the crate, consider placing some treats inside so they can get acquainted with what happens when they enter. This helps build positive associations with the new place! 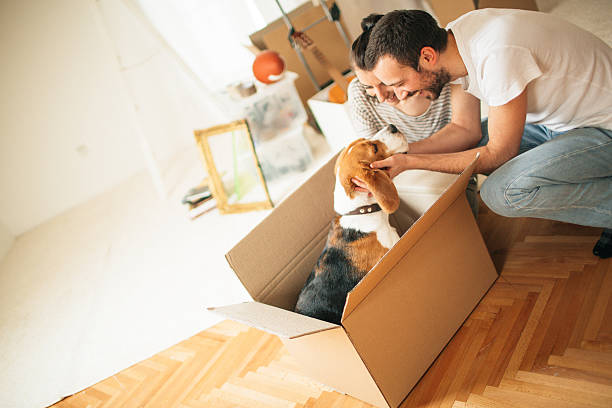 Feed your dog in the crate

If you feed him his dinner outside of the crate, take some small pieces and place them at different places inside of the space where he will eventually be confined in. Do this over several days until he starts going into his crate on his own just because he wants more food! Once he does this, increase how much space you allow him to roam around in during feeding time by moving more bowls closer together until all of them are right at the back wall where they belong! 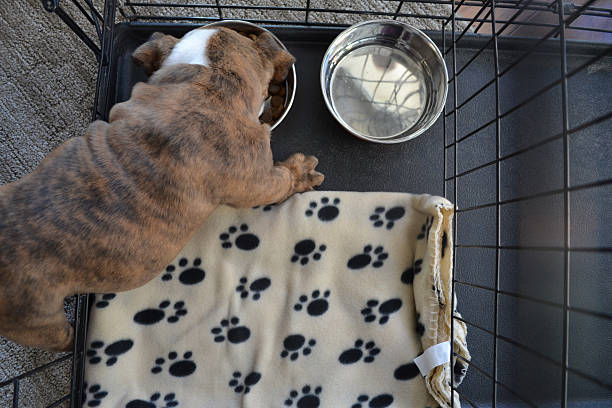 Practice making your dog stay in the crate

Let your dog know that being crated is a good thing. Make sure to praise him, give him a treat, and/or some playtime when he does what you’ve asked.

Make sure that the crate door is closed when working on this step.

Doberman puppy laying in its bed yawing inside a dog cage

If your dog can’t be left alone at all times right away, try leaving them for short periods during the day (for example, while you’re cooking lunch). This way they can get used to having their crate nearby without actually being confined in it yet. 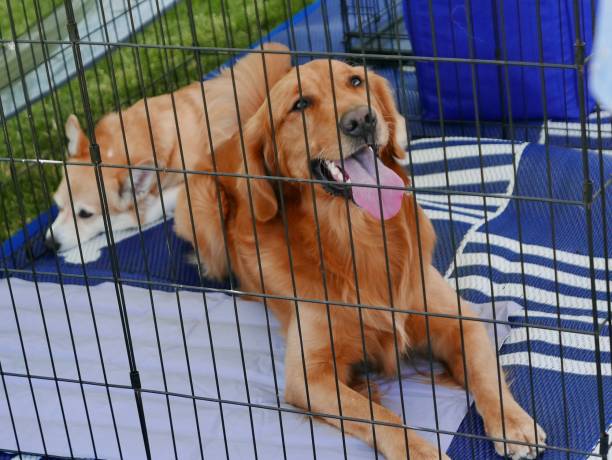 Get your dog used to being left alone

The first step to crate training an older dog is getting your dog used to being left alone. You need to do this gradually, over several days or weeks, so it’s important not to rush it! If you try and suddenly make a big deal out of going away by leaving right after giving your dog a treat, he’s going to associate treats with leaving rather than being alone.

Start by putting him in his crate when you’re home and then leave the room for just a few minutes at first—just enough time for him to get accustomed to seeing his crate as somewhere safe and comfortable. Then add another minute each day until he’s used to being left without any treats at all (and only reward him when he comes back).

When you return from work or errands—even if it was just for 10 minutes—don’t make a fuss about how long you’ve been gone; let him know that coming back is no big deal. And give him another treat before leaving again!

If you’re gone more than 10 minutes, go back inside with your dog and leave again in 10-minute increments until you can feel comfortable that your pet will be safe alone for 20 minutes or more.

Leave a radio on when you leave so that your dog has some company and doesn’t get anxious about being alone.

Leaving the crate door open will help him feel less confined if he wants to explore his new surroundings—and it’ll give him an easy way out if he needs it!

Don’t punish or yell at your dog if he has an accident; he’s just trying to make sense of this new situation, remember? It takes time for dogs to learn what’s allowed behavior in their new home environment, so try not to expect too much from them right away. 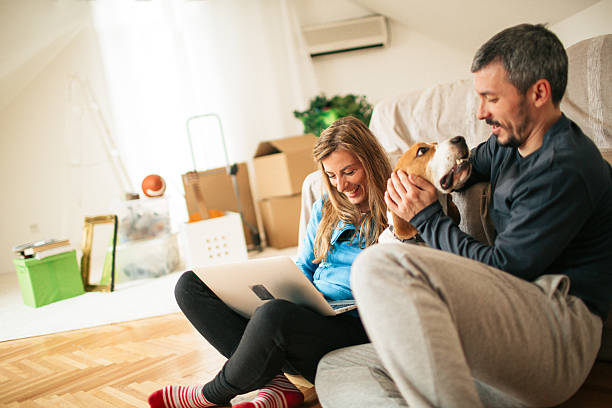 For example, if you usually go out for about an hour when you leave the house for work each day, try leaving the house for two hours one day and then three hours another day. That will give your dog time to get used to being alone before leaving him even longer. If your dog gets anxious when he’s left alone at home, don’t leave him alone any longer than necessary until he’s completely comfortable being by himself without having a meltdown or trying to escape his crate or room.

One way to gradually increase how long you’re away from home is by taking frequent walks around the neighborhood with your pup on a leash before heading off to work in the morning (or going out after dinner). Once that becomes routine, begin walking farther away from home—maybe even jogging or running—so that eventually it won’t be so unusual for Fido not to see anyone else during these trips!

When your dog is young and still learning, it’s helpful to make a big deal about leaving and coming home. But when you’re trying to crate train an older dog, don’t make much of these events. If you’re leaving for work or going out for the evening, don’t be too upset if your dog doesn’t seem thrilled about it.

If he does fuss when you leave or come home, ignore this behavior as best as possible—and do not give him attention! 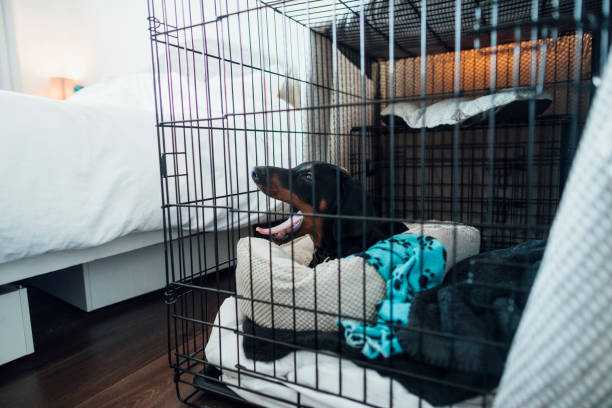 There are many steps to crate train an older dog, but it is possible!

It’s time to get your older dog crate trained! You’ve probably seen the information on how to crate train a puppy or adult dog, but what about an older canine? How do you know if your pup will be receptive to this type of training?

Ultimately, it doesn’t matter too much when you begin crate training your new dog. However, we believe that doing so as early as possible will help create a stronger bond between you and your dog, and set the stage for a lifetime of happy ownership. Regardless of which age you adopt an older dog, the most important thing is to be aware of his or her unique needs. Make sure that they get plenty of exercise, mental stimulation, and social time with both humans and other dogs. And to give your new friend the best chances at a long and healthy life, make sure to follow these simple steps to crate training an older dog.

How to Crate Train an Older Dog in 7 Simple Steps 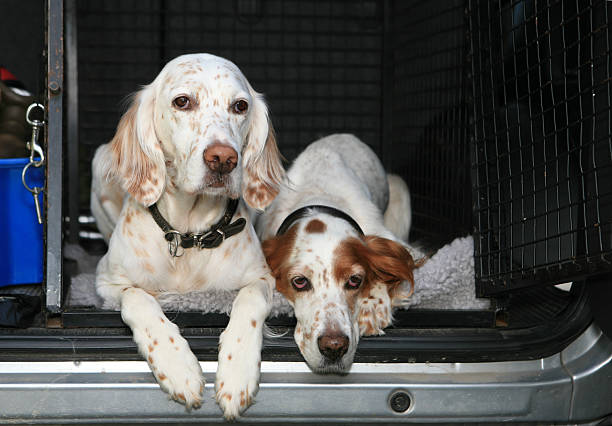