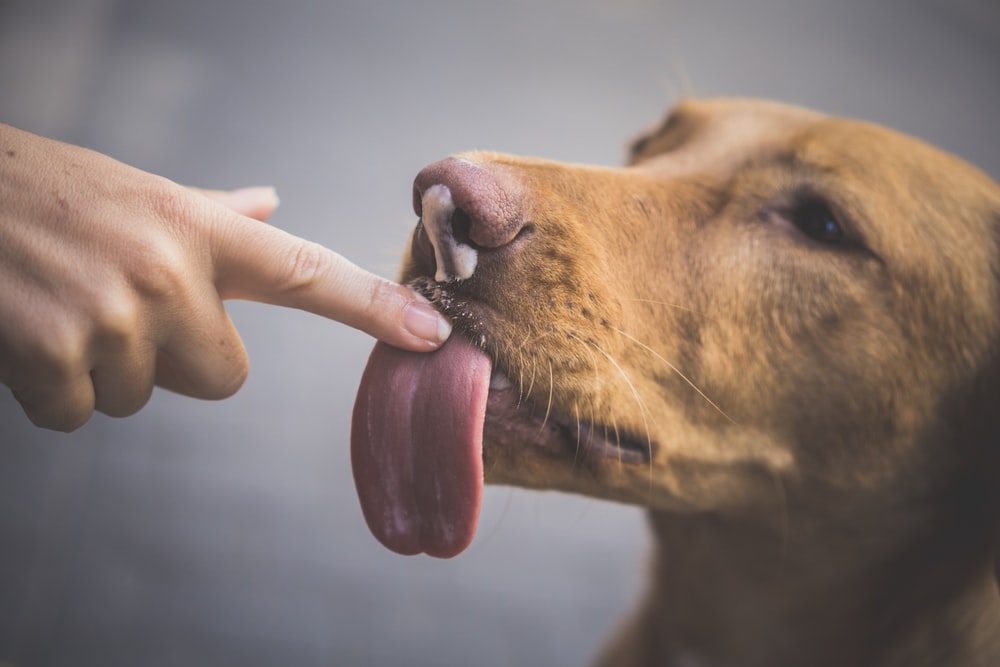 Yes and no. Dogs lick for a variety of reasons. Some are more serious than others, but all are normal in some way.

The type of licking that you want to focus on when it comes to your dog is excessive licking or obsessive-compulsive licking. If your dog licks excessively, especially in one spot on his body, he may have a skin condition like atopic dermatitis (a form of eczema). This is common in dogs who have allergies as well as in those who have been spayed or neutered too early in life (before puberty).

Another type of licking that could be considered excessive is when your dog obsessively licks a certain object or area such as a plastic bag or carpeting and can’t stop himself from doing so even though it causes injury to his mouth and tongue.

One of the most common questions we get is, “Why does my dog lick me?” The answer to that is that dogs lick to communicate. Dogs use licking as a way of showing affection and bonding with their human family members.

The licking can be calming and reassuring for both you and your dog. When they lick you, they are trying to reassure themselves that everything is okay. Licking may also indicate that your dog is being submissive, but this usually only happens when they are meeting new people, or when they are eating food from your hand and want more food.

Dogs have scent glands around their mouth, so when they lick you, they leave behind their scent on you as well as theirs on them (which is why many dogs will continue licking until they have licked both of their sides). This helps create a bond between you and your dog, which can be important if you ever need to call upon each other for protection or help in an emergency.

Licking is a way for them to clean themselves and each other, especially if there are wounds or sores on the skin. Dogs lick as a form of affection or comfort as well as when they want something from you (like food). You also might see your dog licking his paws when he has gotten some kind of foreign matter on them. If he does this often, then you will want to check with your veterinarian to make sure that it isn’t something more serious like an infection or something that needs treatment with antibiotics.

Dogs do not have sweat glands, so they lick their paws to stay cool in hot weather. This is especially true if they live in an area where there are very high temperatures during the summer months. Some breeds of dogs have short snouts which prevents them from panting as much as other types of animals do because they cannot open their mouths very wide while panting like many other animals can do so when they are hot and need to cool down quickly before they get heat exhaustion and possibly even heat stroke if it gets too bad

Dog licks are often a sign of affection, but there are other possible reasons why your dog might lick you.

The first reason is the most obvious: Your dog is trying to make you feel better. Dogs are extremely empathetic animals, and they have an instinctual desire to help those around them. If your dog notices that you’re upset or in pain (whether it’s due to physical discomfort or emotional distress), she may lick you because she wants to make it better.

Another reason could be that your dog wants something from you — like a treat. The most common way for dogs to ask for something is by licking people’s faces or hands, so if your dog starts licking excessively, it could be her way of asking for something (like food).

Dogs also lick each other out of affection, so this behavior could simply be your dog’s way of saying hello or expressing love toward you.

4. You Taste Good to Them

When a dog licks his bowl, cleans up after you spill anything, or goes for the counter, it’s clear that he’s doing so because he enjoys the flavor.

But did you know that when dogs lick us, the same thing happens?

We humans often have little food particles on our skin that our dogs can taste, whether we realize it or not. Our skin also contains salt, which dogs enjoy licking. As a result, dogs frequently lick our cheeks and hands after we consume something.

So, while your dog may be licking you out of affection, it’s also plausible that he’s licking you because he enjoys the taste of your skin.

Licking is a way for your dog to explore its world. Their tongue has a rich supply of nerve endings and when they lick, they’re feeling with it. They’re also tasting and smelling objects with their tongue. So when your dog licks you, he’s using his sense of taste to figure out what you are made of and what you taste like. For example, if you have recently eaten a cheese sandwich, your dog might try licking your face as if he’s trying to find out what it tastes like too!

If a dog gets bored, such as if they are home alone for a long period or don’t get enough physical or mental stimulation, licking may be a way to pass the time. Anxiety-related licking can be caused by a stressful event (such as the death of another pet in the home, a child returning to school, or a move to a new home), as well as storm phobias, separation anxiety, and other conditions. Licking is a self-soothing behavior that might help a pet feel better in the short term. This can eventually become a taught habit or obsessive behavior.

They may be attracted to scented lotions and body washes. After an exercise, they can love the taste of salty skin. When your dog kisses you, pay attention. They might want to taste anything on you. Your dog might prefer the flavor of your skin. Dogs utilize their sense of taste to explore and learn about their surroundings.

The most common medical reasons why dogs lick excessively are due to allergies and infections. It’s important to recognize the difference between these two conditions.

Dog allergies can be difficult to diagnose, but it may be possible if your dog has recently been treated for fleas or worms. These parasites can cause allergic reactions that lead to excessive licking. Also, if you’ve recently changed your dog’s diet, it could be an allergic reaction to the new food.

An infection in the mouth or on the skin can also cause excessive licking in dogs. Even slight changes in temperature or humidity can cause itching, which leads dogs to lick their paws or ears excessively. If this happens often, it could be a sign of arthritis or another medical condition requiring treatment from a veterinarian.

Licking also can be a sign of anxiety in dogs, particularly when it’s associated with other behaviors like excessive barking and pacing. If your dog does this, consult a trainer or behaviorist who can help you identify what causes your dog’s anxiety so that you can address it appropriately.

How Do You Stop the Dog from Excessive Licking?

When your dog begins to lick you, getaway. Take away all focus, including eye contact. If you do not reward this unpleasant conduct with your attention, it will become less common.

2. Give them something to eat

Offer an alternative to your dog’s want to lick your face—a chew toy, a bone, or a stuffed kong are all wonderful possibilities. These options will keep him entertained by providing him with something to lick.

3. Get Some Physical Activity

A long walk will relieve stress in your dog, which may minimize their desire to lick your face. This method is particularly beneficial for dogs who lick out of anxious compulsion.

4. Change the scent of your body

Dogs prefer certain scents over others. Change the aroma (and taste) of your body wash or perfume to something less appealing to your dog.

When your dog is acting well, pay attention to them (as in not licking your face off). For positive association, rewards should be given right after the desired behavior.

Some people love dogs and sadly, there are also who don’t. Learn how to prevent your dog from licking people through this clip!